Published on December 12, 2018 Updated on July 3, 2019 by Morison DestinationsSeoulSouth KoreaStories

After my 30 Day Stay in Manila, I made a quick stop in Seoul, South Korea, known for its K-Pop / K-Drama culture, skincare, and plastic surgery. Here are my thoughts about Seoul after visiting for 6 days.

Expensive as hell. My budget meals average $7-$10USD, and this is for just a basic noodle soup. Mid-range meals like Korean BBQ range from $25-$30. In Asian terms, this is super expensive.

Rent here is also expensive. A moderate 2 BR apartment goes for $60-$70 per night.

Korean food in Los Angeles tops Korean food in Korea any day. I have heard this from many people before, but after visiting myself, I have to agree with the majority. For one, the meat is not as flavorful. It’s quite surprising that the source of Korean food isn’t as good as Korean food elsewhere. Second, the beef quality is not as great. Though they advertise USDA beef–and this might be the case–they do not marinate it enough for that tenderness you get in LA.

Fast food sucks. I have tried other fast food restaurants in other parts of Asia, and Seoul’s fast food does not match the level of other Asian countries’. I tried Burger King as well as the most popular chain in S. Korea, Lotteria–Their burgers are not as advertised. For example, the Bulgogi Burger from Lotteria was not made with Bulgogi–It was instead made with just a normal patty you get from say a Cheeseburger from Mc Donald’s.

I faced major discrimination here. I’ve already heard many things about Koreans being cliquey, but as an Asian not speaking Korean in Seoul, I got weird looks from people everywhere.

Night Clubs discriminate by nationality as well as age. There were many clubs around Hongdae that capped their age. My friend, who was 29, could not get in because he was “too old.” There was another instance where our entire group cannot go in because of our age. The bouncer then said we can go in if we get a table (which I thought, okay that’s standard business practice), but if they allow us in after buying a table, then it isn’t because of age. It’s because they knew we were foreigners and they wanted to make money off us. I said no, the price listed is too expensive, and the bouncer tried to negotiate, going as far as asking how much we were willing to pay. For obvious reasons, I did not feel comfortable and took our business elsewhere.

A majority of the Koreans don’t speak English. This is by far one of the countries where speaking their local language is a major importance. Most of the people do not know even one word of English.

Public transportation is more expensive than other parts of Asia. The base fare starts at $1.13 USD and increases based on distance.

Airport Express Train to the city: ~$5.

There isn’t regular Uber or Grab–Only Taxis and Premium Ubers.

Seoul has one of the fastest internet speeds in the world. You do not have to worry about bad internet here. Most public places have free WiFi.

SIM cards are not cheap. It’s cheaper to rent a portable WiFi.

Overall, I did not enjoy my trip to Seoul. Out of all the countries I have visited so far, South Korea would be my least favorite, and this is just my personal opinion. I cannot like every place I visit, right?

Also, I feel like Seoul is more of a place to visit if you were a female. Why?

Tourists will still enjoy the touristy spots. Hanok Villages were great to get a glimpse of the traditional Korean architecture. Dress up in a Hanbok at the Gyeongbokgung Palace for some great photos.

Seoul is not without its own uniqueness and perks. That’s what makes its culture so different and unique. However, it just was not for me.

➡️ For those of you who have been to Seoul, South Korea, what do you think? Do you agree or disagree with me? 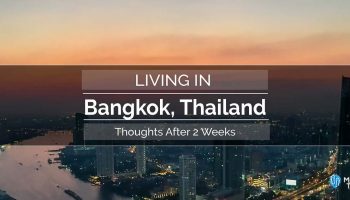 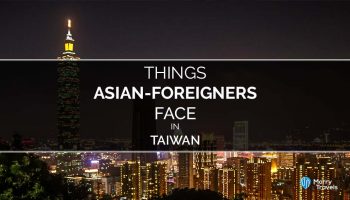